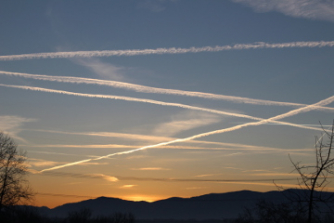 In January 2015 road works started at the top of the street I work in. New water pipes had to be laid. This meant pneumatic-drill and digging noise with large, loud machines. I was immediately worried when I saw the building site as I knew it would creep up to my consultation room which is at the front of the house. As week for week the workers with their heavy machines and deafening noise approached, I feared losing work and clients; it was quite obvious to me that I would not be able to work while they were doing the road in front of where I work.

My apprehension was simple: I am self-employed and I thought “no work, no money”. I envisaged at least three weeks of disturbance, disruption and having to cancel clients at short notice. Looking round for a solution, I asked colleagues if I could have some time at their place. But it was difficult to say when I would come; planning was not possible even though I talked to the road workers. They could not say when they would reach my part of the road. I bravely took Mimulus for my concerns of losing work and clients adding Aspen because there was this apprehensive, diffuse aspect to my worry. I also dosed myself with White 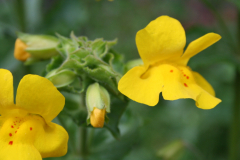 Chestnut as I kept thinking about the situation and could not get it off my mind.

Time passed, springtime came and then suddenly, one morning after Easter, the five sturdy workers were in front of the house with all their machinery, tools and equipment, ready to demolish the asphalt. I decided on a whim (or as a result of taking the remedies) to go day by day and see what happens. 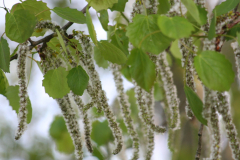 During the first week, amazingly, all was quiet when I was there. Once, when the final words in a Bach consultation had been spoken, a pneumatic drill started up, shaking the house violently in its foundations. It was like a dramatic symbolic message, loud and clear, underpinning what had just been said. My client and I burst out laughing. During the second week, arriving once at midday, I asked the workers if they could please now take a lunch break as I had a client. They happily and good naturedly complied. And during the third week as well, there was never once a disturbance for me and my clients while the road was being done.

I came to see that when I was there, regardless of the time of day, (which varied considerably) it was always quiet. I decided I had a building site Guardian Angel that was unobtrusively coordinating the workers activities when I was around.

This experience, initially of my anxiety and then the unproblematic consequences of the road works made me again realise how often the mind jumps to conclusions. That is, at least my mind often does that. I had had no trust. The unproblematic outcome was rather uncanny but also a big “don’t jump to conclusions” lesson to me.