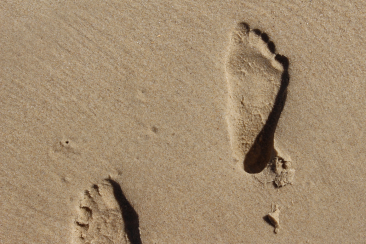 At the end of August I moved flats. It was of course a lot of work and exhausting, but also exhilarating, for I’d found a wonderful new place. For the main move involving furniture, I’d asked around for help from strong young men and an acquaintance had suggested two refugees she’d been looking after who’d been in Freiburg for a couple of years.

I didn’t know them personally but trusted it would work out; I was told that one was from Afghanistan/Iran, the other from Somalia. I picked up the van and then the two helpers at the arranged meeting point. So far so good. My first impression of Ali and Hakim was a sorry one; I saw the wary, dull and closed look in their eyes. They were polite and already spoke good German but they were disturbingly distant. We started the move and they cooperated well with one another and worked hard, heaving my things efficiently and trudging up and down the stairs in the old, then the new flat. We drove back and forth and especially while driving I made attempts to ‘reach’ them and help them feel at ease with me – but was not very successful.

At midday I invited them out for lunch and hoped to chat and understand more about their lives. Maybe they would open up a little. I asked them why and how they had come to Germany.

They told their stories willingly while they hungrily dug in to their meals. Both had left their families at the age of 16 and fled to Europe looking for safer lives in freedom. Both had experienced dramatic, life threatening situations in the Mediterranean. Hakim had been in a small boat for 11 days with 200 people, water had run out on the 7th day. Ali’s boat had capsized between Turkey and Greece. Both told me they cannot swim. On the way they had been imprisoned, robbed and alone. They had left cruel racism, deep poverty and civil wars behind them, their families had supported their fleeing to Europe. Their stories were chilling, I listened carefully, showed my concern and was deeply moved by their courage.

Then something heart-warming happened. During the afternoon their behavior eased, they started laughing, seemed happier with one another and with me, and there was suddenly generally more energy about. They spoke to me spontaneously, and became open. I realized that what we call ‘peeling the onion’* with the Bach flower work can also happen within hours. These two young men had been able to let go of some of their dark past by talking. This had freed them up and enabled happiness and teenage lightness to enter their actions.

I paid them well, adding extra because they had been so hard-working, reliable and conscientious. On the way to the train station I wished them all the best and that their visions and dreams would come true in Europe. As I left them standing there, I looked out of the window to wave goodbye. Hakim was digging hungrily in to the remains of his lunch. Ali was simply standing there and his face was alight with a huge happy smile as he waved me goodbye. I saw a very different person to the one I had picked up only 8 hours ago.

*We often talk about "peeling the onion", in connection with the BFRs i.e. starting with the surface emotions and allowing the remedies to work and reveal what, if anything, lies underneath. In the situation above, perhaps a traumatic Star of Bethlehem state overlayed all emotions as well perhaps the battered and distressed hurt of Willow and the toughness of Oak, struggling on, despite all odds.These states may have led to the cautionary distance of Water Violet...perhaps Larch was in there too, a lack of self-confidence with me, as I was initially unfamiliar to them.

In 2017 alone it is estimated that thousands of people have drowned in the Mediterranean on their way to Europe.