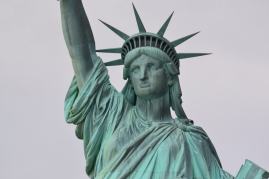 Writing this is an attempt to digest what is happening in the USA. It is also rather difficult because, since Donald Trump has been in office, there has been a flurry of activity on his part, much of which seems to be impulsive.
But looking back, my story goes as follows: when Trump came onto the scene late 2015, I was stunned by his brash, loudmouth manner. Usually I can recognize the negative Bach Remedy states and personality traits in others quite easily, but he confused me.

Things that baffled me were his
-    obvious lack of political experience but unawareness of such
-    his confrontational and dividing approach (why?)
-    persistent use of social media
-    boasting of being able to grab women where he wants
-    overreacting if criticised

After I stopped being stunned, I took a closer look and realized that much of his behaviour points to Heather. His need to be in the limelight, the almost childish ego, his attention demanding tweets and facebook postings – this is the self-centredness and neediness of the Heather personality in the negative state. The way he does his hair - he obviously also regularly artificially tans himself - also indicate Heather.

Then I saw his striving for power and that he is not an integrating team player, but a tyrannically dominant person. If you are unaware of his role in the painful and degrading reality TV show ‘The Apprentice’ look here. Be careful, it hurts.

He is owner of approximately 500 business that he ran and, if you have not seen it, watch his overbearing communication with the CNN reporter who wanted to ask him a question.
This all points to Vine, the remedy for the self-assured who can be inflexible if someone does not obey their orders. In the positive state they can be great leaders. In the negative state they are oppressive, intolerant people using force to get what they want. In the very negative state they are tyrannical dictators.

His critical intolerance and lack of empathy and understanding of others makes me think of Beech.

But I was looking for a bigger story and I asked myself what do I really pick up from him? I saw his lack of authenticity and sincerity, he is not a genuine person. His non-verbal communication is excessively expressive. This made me think of Agrimony, the remedy for people hiding their problems, troubles and hurt behind a smiling façade. Is Trump wearing a mask? If so, what might he be hiding behind it?

The penny dropped in my mind when actress Meryl Streep spoke about his bullying a journalist with a debilitating health condition during Golden Globe awards in January 2017. That predictably led Trump to hit back saying Streep was one of the most overrated actresses and justifying himself. There is a clip of the situation in question if you have not seen it. It is very clear and yes, he was being very nasty.

So he was furious again, but about what? That he had been criticised? That must be part of it but as I started to see the larger picture, I realised Trump might actually be a very, very hurt person. The anger that so easily comes out (he is amazingly easily riled) might have something to do with not feeling accepted and acknowledged by people he would like to be accepted and acknowledged by. This is hateful revenge; hitting back is the aggressive negative Holly state. It is also known that bullies bully others to detract from their own discomfort and inner hurt.

If I am right here, then this points not only to the anger of Holly but also the smouldering hurt resentfulness of Willow. Perhaps Trump covers anger and hurt with an easily penetrated layer of Agrimony?

Everyone needs to be seen and to feel respected. What might happen if something goes wrong in this area? If someone from an early age repeatedly feels hurt and “not ok”? Especially for those with a strong need for confirmation, (which a Heather person will have), if they don’t get what their narcissistic ego needs, their ego will become warped as it fights to get the recognition that it longs for. I believe that Donald Trump has an extreme Heather and Vine personality but is also very hurt inside. I think this anger is his driving force. He is striving for confirmation and recognition and, by becoming President, that need might superficially be satisfied.

To round this up, Trump is also self-declared “germaphobe” who dislikes shaking hands. So I thought of Crab Apple too.

His appeal to voters must come from others with a similar “hurt” and their identifying with him. People who feel left out and hard done by, who feel life is unfair and that they have become victims of Washington politics.

I could advise you via Skype if you would like Mr President. Taking the remedies would help become less thin skinned. They would reduce your self-centeredness. They would support you on a healing journey of introspection. The remedies would make you more aware, less reactive and angry and, above all, more presidential, the positive leader you obviously so long to be. And perhaps you would find just a little peace of mind and would not have to mess up the world while you are proving yourself. 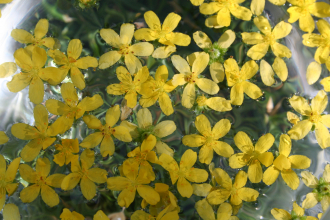 My comments Subscribe
Shirley 6 years
Hi Nicola,
I really enjoyed your entry regarding DT. I think your ready choices are spot on. Now, how to get him to take them!
As an American,along with many others, we are outraged and fearful. Our democracy is flashing before our eyes and being replaced with fascism. We have moved out of a period of complacency and we've taken to the streets, signing endless petitions, supporting our ACLU and Environmental groups has provided the counter balance to despair. I believe as a nation we will become stronger and more unified in our views and rights for one and all. It just might take years than months...but we will not give up!
We are scared too of our immediate future, feeling powerless by his tyranny and absence of empathy. It's not something we ever thought would happen- not here in America! Sleep is disturbed and exhausted from endless hours of reading and listening to news. vervain, aspen, mimulus, star, willow, beech, walnut, white chestnut, gentian. PEACE

Nicola 6 years
Hi Shirley, thanks for your response, great to hear from you. Yes, I think millions around the world cannot believe this is REAL. I understand the spreading fear, which also touches me (and my sleep, yes...) in Europe. My big hope is the strength of American democracy. Brilliant how people are on the streets! Keep at it! We are with you!
I also had a mail from someone in Brazil acknowledging the dreadful situation but also saying we can remember (Bach's teaching) that all souls have a special mission. I thought DTs mission is perhaps to make the world wake up and truly unify???

Nicola 6 years
Thanks Isabel! my Spanish is non - existent...Google translate says: "Congratulations ! It is an excellent analysis of the characteristics of this person. I hope these comments come to him" (and then Google translate goes wrong I think...) "although I find it very difficult to accept taking the flowers ..."

Nadia Ameri 6 years
I've really needed to reach more & more for my Mimulus & Rock Rose. My 6 year old was a few minutes late in coming out of class the other day & I panicked for a second visualizing her in handcuffs!!!

Nicola 6 years
Yes, I really understand that Nadia - I have also been feeling Mimulus-y and Aspen-y!

Nicola 6 years
thanks Marilyn - but it did take a while to get there ;-)