This happened on the way back to Gemany after a visit to the Bach Centre in May 2015. I am sure I was more sensitive to the happenings because of the place I had just visited. I had arrived early at the airport and was just sitting and feeling the hum of Heathrow, simply watching. Something of a luxury these days I think.

After a while, out of the corner of my eye, I noticed a man walking very slowly in my direction. He was not old but he nevertheless walked with a stoop. At one point he just stopped and stood for a while. When he moved on again, it was obvious that he was in pain and maybe for that reason, perhaps also on medication. He came in my direction and laboriously sat down at the internet terminal near where I was sitting. He was of Indian or Pakistani descent. He took several seconds to do this due to his discomfort. I could see over his shoulder that he logged into Facebook. After several minutes he put his head on his hands and rested, maybe he slept. He had no luggage with him. I felt perturbed and uncomfortable. Here was someone in a 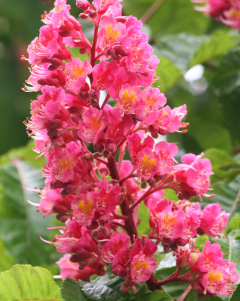 poor state but I did not feel courageous enough to ask if I could help him. What could I do anyway?

After about ten minutes, an airport pastor walked by and spontaneously I jumped up and said, signalling in the man’s direction, “I think there is someone here who needs help.” The pastor disengaged from the person he was with and went up to the man. Crouching down low, he gently asked if everything was alright. The man raised his head a little and said he was just tired. The pastor hesitated, assessed the situation again, and with a non-demanding voice asked politely about travel arrangements and if he could see his documents. The man said he had flown from Paris two days ago to see his sister in London. Taking his time, choosing his words, the airport pastor commented that had no luggage with him, and, quietly joking, asked, “didn't your sister mind?”

The man answered wearily, “she knows about my condition.”

I could hear something about a degenerative back condition. Again came a gentle question: “if you don't mind me saying so sir, you give the impression as looking as if you're in need of medical assistance, is there anything I can do for you?” The unobtrusiveness, the caring, the sensitivity and at the same time the professional clarity, was stunning.

“Have you taken your medication? Have you had breakfast?”

“No” came the quiet answer.

“Have you got any money with you?”

Again I could hear “no” as an answer. Moved, with tears stinging my eyes, I reached into my purse and took out a note and offered it to the pastor whose face lit up with a smile as I offered the money. The pastor helped the man up and they slowly went off together to find some breakfast.

About an hour later, my path crossed that of the pastor and I spoke to him. I told him how his way of dealing with the situation had deeply impressed and moved me. He said, “I think there was more to it that met the eye, but sometimes there is nothing more you can do.” I understood. The thought passed through my mind that here was a positive Red Chestnut person who had found his vocation. Perhaps the place was unusual – Heathrow airport – but the place does not matter, does it?

From the Bach Centre website: Red Chestnut in the positive state “helps us send out calm, unworried thoughts to our loved ones, so that instead of making everyone anxious we are rocks on whom others lean.” 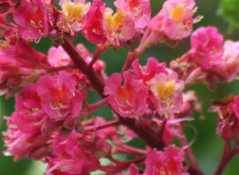 For those who find it difficult not to be anxious for other people. Often they have ceased to worry about themselves, but for those of whom they are fond they may suffer much, frequently anticipating that some unfortunate thing may happen to them.

My comments Subscribe
Harry 6 years 3 months
I am very impressed by this short story and how exactly you can figure out an impression of the persons and the situation.