Coming out of lockdown

On the evening of 9th March, I drove to my partner‘s place 170 km away from where I live. It was an eerie drive as the roads were already empty although it was early Monday evening. The lockdown was imminent; people were scared. I stayed with Joe for 11 weeks during the lockdown. I was out in the country, worked on my thesis, occasionally went shopping, saw no one and otherwise watched how the world dealt with the pandemic. 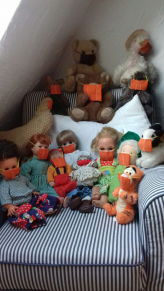 On Tuesday, 26th May, I returned to Freiburg, my hometown in the south-west of Germany. Everything was the same, but different. What have I learnt during the lockdown?

That the skies are bluer when Homo sapiens‘ mobility is drastically reduced.

That fear of infection as a motivation to change behaviour manifests itself differently in different countries.

Although I am English I live in Germany. My family lives in England, and I‘m studying at an English University, so I have many connections to the UK. It was shocking for me to see how incompetently the UK government managed (mismanaged) protecting the public from the Coronavirus. Those of you familiar with the Bach flower remedy Agrimony, might recognise in Boris Johnson several aspects of the Agrimony personality structure:

·       putting on a smiling face in grim situations

·       being jolly when things are serious (very serious)

That is what I observed in the U.K.‘s Prime Minister, and I felt this attitude led to the lockdown and physical distancing being started much too late. The result is thousands of unnecessary infections and deaths, untold suffering. (Something similar has happened and continues to happen in the USA. But I won’t get into a rant again about Trump. See my previous posting on him if you want to read what I think of him and the remedy archetypes he seems to have.)

In Germany (where doubtlessly German order and discipline played a role) Angela Merkel appealed publically in a TV broadcast early on to the population to take things seriously because the situation is serious: stay at home. She appears to be a Rock Water-Water Violet-Oak-Vine person, but she does get things done. Politicians went into overdrive in dealing with the crisis. For example, a compensation scheme for self-employed was implemented and within a few weeks and I received compensation for the work I could no longer do. (Alexander Technique lessons and a Level 2 Bach flower remedy course.) Things worked efficiently, people felt safe. Today Germany has one of the lowest death rates from the pandemic. The UK, with Brexit lurking in the background, has been dramatically hardly hit and my heart aches because lack of fear led the government to delay taking measures. Sometimes a Mimulus state is healthy: fear of known things, like a potentially deadly virus that is currently pandemic. 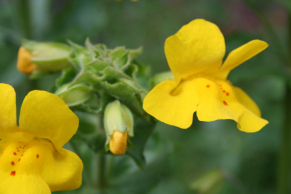 Upon my return to Freiburg, I started throwing things out that I hadn‘t missed. It feels good to get rid of stuff, for example, dozens of books that I know I will never look at again. I will be restructuring my life completely, and that feels good.

Regarding the blue skies: the Corona crisis will seem minor to a full-blown climate breakdown - if it happens. Humanity still has a small window of time to restart the economy based on sustainable, Green policies. This is the one side of the dramatic corona crisis which I see is an opportunity, let‘s hope humankind is intelligent enough to use it.