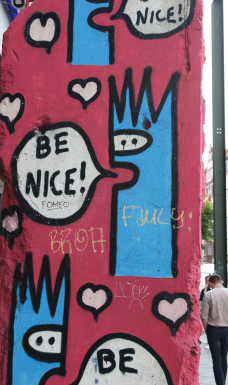 In March this year I booked a train journey to Berlin. Three weeks prior to my travel date in July, I received an email informing me that that I should check the updated time table. I discovered that instead of having to change trains in Frankfurt and Erfurt there was now a direct connection. That was good news. Freiburg is 800km away from Berlin, it is a 6,5 hour journey.

Time to go: having already arrived at the station, 30 minutes prior to my departure, I looked at my mobile phone and was surprised to be informed that my train 'no longer existed'. The advice was to contact someone at the information desk. As I could see the train already announced on the platform where I was standing, I was 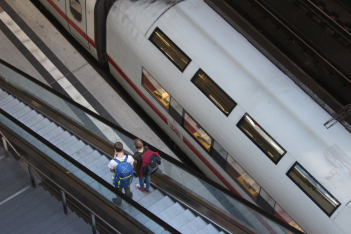 very uncertain as to what was happening.

There were two men at the information desk: I chose the man on the right and organised myself mentally to acute politeness as I approached. The people manning Deutsche Bahn information desks are stressed and famous for their unfriendliness. I asked if he could-help-me-please and explained that I’d been informed that my connection no longer exists. I showed him my ticket and the email. He confirmed that the train to Berlin (direct) was on time but told me in a bored voice that I would still have to change trains as stated on my ticket. As I had booked early (he explained), I had a special price requiring me to adhere to given trains. Disappointed, I humbly accepted, thanked him and walked away. I went back to the platform. Sitting there, a niggling inner voice (I like to think of it as a positive Cerato voice) said but why has the system sent you an email saying my connection no longer existed? I went back to the information desk to ask the other man for advice.
Again, choosing my words carefully, I said, „excuse me, your colleague has already given me information but I'm still not sure about the situation…“ I smiled enchantingly at him. To no avail.
He pounced: „my colleague has already given you the information and now you want to hear exactly the same from me?“
Prepared as I was for the worst, I managed to lightly say, „no, I am just confused and am asking for a little help.“ I showed the email and my ticket, he softened and agreed to check the connections.
This solved my problem, the connection from Erfurt to Berlin had been cancelled and that was why the system had alerted me. As he filled out a form to confirm that I had the right to travel directly, an awkward silence hung in the air. Trying to ease the tenseness (but perhaps a bit provocatively) I said meekly, „well, you could praise me for my brightness, couldn't you?“

A weak smile flickered over his face but he did not speak. Now it was my turn to not be nice and my Vine personality popped out: Loudly enough, so that the first man could hear, I said, „if I had followed your colleagues advice, I wouldn't have arrived.“ The first man (who had followed the situation while serving other enquirers), snapped immediately, „you would have arrived  - but later!“
Now speechless, I thanked the second man for his help and walked back to the platform. My Vervain indignation was up and out. Vervain is sensitive to injustice and I was angry and annoyed.

I sat on the platform and concentrated on the fact that I now had a direct connection and within minutes I calmed and shook off the dissonance. It came to my mind that people who are content do not have to be unfriendly, so, after a while, I felt sorry for the men and forgave them. Our everyday lives are peppered with interactions with strangers and being nice does not really need more effort than being not nice. But the prerequisite is feeling good, being happy.

'We can judge, therefore, our health by our happiness' ... Edward Bach 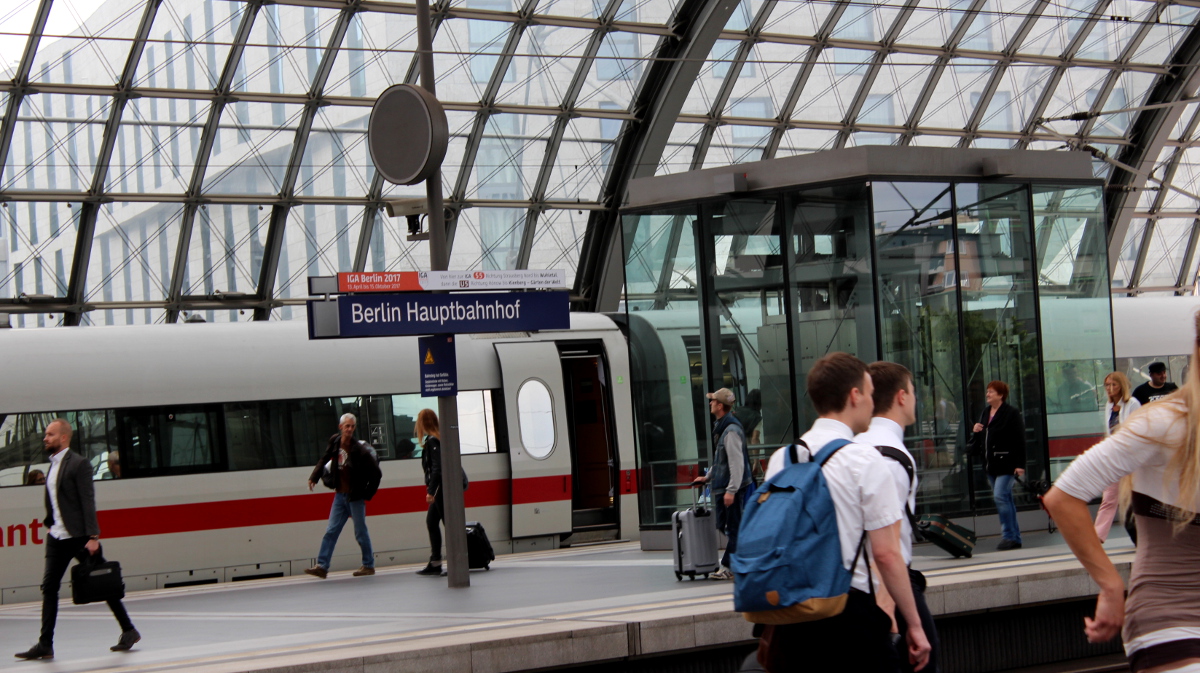