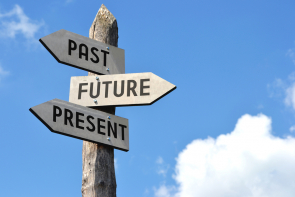 How much do we have to know about the past to understand the present?

My paternal grandfather was born in 1885. He grew up in a lost world of yesterday, prior to two devastating world wars. I was born in 1958 – he was 74 years old when I was born, I was his first grandchild. He was very present during my childhood in England but I knew little about him although he died aged 94 when I was 22. My grandfather's name was Bruno and he never talked about his past life prior to enforced emigration with his family from Czechoslovakia because he was Jewish. Nobody in the family talked about that.

Bit by bit hidden facts have excruciatingly emerged. The most devastating fact I learnt in 2004, a quarter of a century after Bruno's death: he had had two sisters and both had perished in concentration camps during World War II. His son, (my father) had sent us the passport of Bruno's sister, Margarete Lanzer. In this passport which had survived the decades my father had noted these sad, never previously mentioned things on the inside front cover. Bruno's other sister was Else, (born 20. March 1887) her husband’s name was Karl Federmann.

Initially, stunned, I had no idea what to do with this knowledge, then I started using the internet to search for Else and Margarete knowing that the Nazis had meticulously documented every step of their murderous activities. The Honeysuckle mood of the past 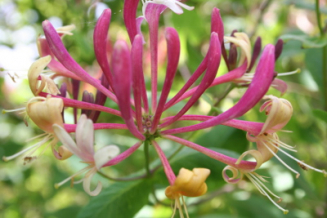 would overcome me and I’d spend every spare hour tracing, reading and wondering about what had happened. I often had to take the Honeysuckle remedy because I felt so drawn to the past - I easily got absorbed and lost there. Above all, I wondered why no one had ever spoken about it. Today I think there are two reasons for the silence: the pain of loss and guilt; the guilt of the survivors. But perhaps there was also a third reason, my grandfather simply did not know how to talk about it all.

Margarete was a year older than Bruno so they must have been close as children, growing up together; she was his big sister. They also lived as adults in the same town, Troppau (now Opava) in Czechoslovakia. The sisters were transported from Prague in 1941 with their husbands: Margarete to the Theresienstadt Ghetto on 17. December, Else was transported earlier to the camp in Lodz, Poland on 21. October. They were by this time middle aged women and had no chances of fleeing and setting up new lives with their husbands anywhere else like my grandfather, who had already fled to England with his family in 1938. Business connections enabled him to safely start anew in England.

When my cousin and I went on our trip into the past in 2016 (read part I of Breaking decades of silence) we also visited Margarete and Else’s last known address in Prague which they had shared. It was haunting to stand there and I thought about the terror that must have gripped them as they waited for what was inevitably to come. Margarete survived for a year in Theresienstadt and was in charge of the laundry there. On 18. December 1943 she was transported to Auschwitz and either died in the gas chamber or of illness. I have not yet had the courage to dig deep into the archives to discover Else’s fate.

While in Prague last year, we visited the Pinkas synagogue. In the 1950s two people had laboriously painted the names of over 77,000 Jews from Bohemia and Moravia who had been murdered by the Nazis. It was one of the first memorials for the millions of Jews murdered by the Nazi terror regime. And there, suddenly, shockingly, in front of us were the names of Margarete and Else on the walls. And still tears sting my eyes when I write about this and think about the unimaginable suffering my great aunts and their husbands went through - and millions of others with them. 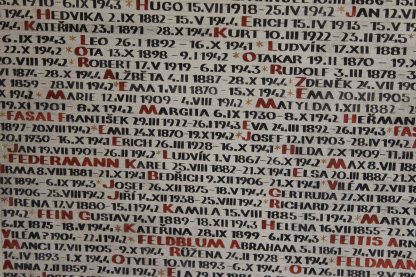 My comments Subscribe
Liz 3 years 11 months
Thank you Nicola for Part 2 ....really moving! I am glad that you went in search of the answers and found them, or at least some of them. Not easy at all, but your ancestors have now been deservedly acknowledged, unlike many other lost souls from that era.

Nicola 3 years 11 months
Thanks for your kind comment Liz...yes, the lost souls have had their history, their stories told. So strange to suddenly have relatives you never knew you had - and with such tragic events ending their lives. This story is only one of millions. All the best to you in SA.