How our social lives influence gene activity and physical health. 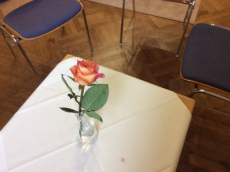 This is a summary of Prof. Steven Cole's work, UCLA School of Medicine, USA  - a talk that I gave at the 2nd Bach Conference held in Gravesend on 16.September 2017. I believe it proves that Edward Bach's concepts, developed in the 1930s, were correct.

The aim of social genomics is to
- understand social components of how psychology and our social world plays on the genome.
- work out how bodies are influenced and which diseases can be warded off or promoted.
Social genomics researches, (among other things), why purpose and meaning in life have biologically protective effects. It aims to understanding the brain,
- how values, hopes and aspirations have an effect
- where they intersect with and potentially block the effects of stress, threat and uncertainty.

Social genomics is seen as opportunity creating more effective strategies and interventions to preserve human health. Edward Bach was looking at this 80 years ago.

The infrastructure is now available in social genomics to understand how DNA becomes life.
- Social genomics evolved to fill in the missing space in epidemiology.
(Epidemiology is the study and analysis of patterns, causes and effects of health and disease in defined populations but does not cover out social lives.)

Steve Cole looked at specifically lonliness and to do this, joined up with John Cacioppo, from the University of Chicago

It is known that the socially isolated are at an increased risk for a wide variety of diseases. John had looked at 200 lonely people (who were totally cut off from society) over a period of 10 years. He had stored blood samples and it was these samples that interested Steve Cole. Cole compared blood samples from people with great social networks who are embedded in a fabric of relationships and community.

Steve Cole wanted to know if any of the 20,000 genes in the human genome are functioning differently in lonely people. His results: Three clusters were working systematically differently in lonely people's blood cells. One cluster was involved in inflammation or the body's response to tissue injury and initiation of immune responses: here he found icreased levels of activity.

Inflammation is a ‘fertiliser’ for chronic diseases. It is not directly the cause of disease but ‘a fuel’ - it helps the disease grow faster and spread further. This was one explanation for why lonely people are at an increased risk: inflammation tends to be promoted.

Receptors on the surface of cells “hear” extracellular signals from the endocrine and nervous system, which respond to social experiences such as social isolation and rejection. Previously one had assumed that people living in poverty, surrounded by warfare or the bereaved were feeling consciously stressed or depressed. This, it was discovered, is not the case.

Studies find that those adverse life circumstances are associated with differences in gene expression, but don't correlate with our conscious perceptions of stress.

The coordinated shift in what a genome does in blood cells of lonely people provided clues about the molecular pathways by which the experience of loneliness can “get converted” into the production of diseases. It's specifically loneliness and lack of social connection rather than stress. i.e. - Increased inflammation and decreased anti-viral response that is different.

Steve Cole says: “People say ‘I’m stressed’ but when we look at their body they are doing pretty well; we don't find a lot of stress hormones, we don't find this defensive gene expression profile that gets activated by the stress hormones. So it's almost as though there is a kind of an operating system of neurobiological processes going on that's running our bodies and running these gene expression profiles, but it is not terribly well synced up with our conscious mind. So there's lots of people who feel stressed but their biology doesn't look stressed, and there are lots of other people who… their biology looks terrible, it looks as if they are leading the worst possible life one could have, and you ask them how they are doing and they say they are doing just fine.“

So it is our subjective perceptions, our view of what's going on, and that may be distinct from what's really happening, that is the important aspect.

So experience is what most powerfully relates to differences in gene expression in white blood cells.
It is our subjective view of the world; how we evaluate the world we are living in - is it an uncertain or threatening place? If you feel the world is threatening or uncertain, automatically your brain activates the fight or flight stress response. That's the biology that drives the production of these differences in gene expression.

Central to human social genomics is the fact that social-environmental conditions, especially our subjective perceptions of those conditions, can reach deep inside the body to regulate the expression of broad sets of genes, or gene profiles. So how we react to situations influences if certain genes are activated or not.

And that of course is where the Bach flower remedies come in as anyone who has read this far will appreciate! 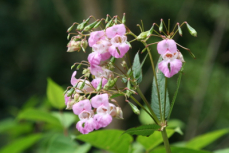 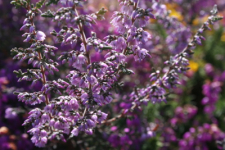 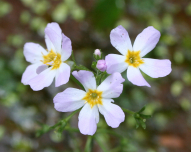 My comments Subscribe
Shirley. Gillotti 3 years 8 months
I really enjoy your blog entries especially this last one about the refugees. It was so confirming to pay attention to the healing power of presence!
The flowers certainly have a similar resonance simply by talking about our states and bringing them out into the light of day!

Nicola 3 years 8 months
Thanks for your comment and kind words Shirley. All the best to you!