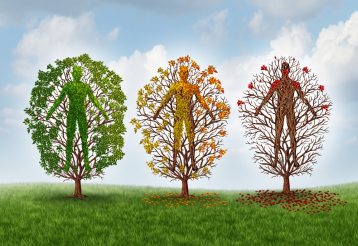 The saddest day of a friendship must be the day when you see your friend the last time because she is going to die soon. I saw Caroline the last time on a blustery October day last year; she was in the final stages of cancer.

Her husband showed me in, greeting me with a quiet “thanks for coming” and led me to her room. She had asked for another remedy mixture. Caroline lay in her bed, shrunken and small as a little bird. She regarded me with big clear, bright eyes. She was happy to see me and I gave her a hug, sat down as close as I could and took her hand. It was fragile and warm but it felt empty and lifeless because it was no longer being used to do things.

Looking around, I commented on the row of postcards on the wall next to her, spiritual leaders who were comforting and accompanying her on the final journey. She explained in a thin voice who is who. She had been involved in Buddhism for many years.

I gave her the little present I had bought with me: postcards of flowers. She studied them, relishing the bright colours.

“You are not in pain, are you?” I ventured.
“No, but I can’t keep my food down anymore,” she responded. “But I am still drinking; otherwise there is danger of dying of dehydration.”
“And how are you being looked after? Does your GP come in?”
“He comes in when necessary, apart from that, a carer comes in regularly. She thinks it could only be a matter of days…”
“And what’s your feeling?” I asked cautiously, thinking she is much too lucid and present to go soon.
“Not yet, I like living too much…” she answered wryly.
I said how impressed I was and how brave I thought she was. She said the praise did her good.
She seemed more surprised than anything that this was happening to her.

“You seem to be doing a lot of surrendering…”
“Surrendering” and then she added, thoughtfully, “and letting go.”
“Letting go of the children?” I asked.
“Yes, that’s the most difficult.”
“And what about Richard?” he was her husband.
“No, that is ok,” she said.
I asked if she was bored because she could no longer be up.
“It is so very boring and the waiting –“ her voice trailed off.

“But I have finished my book about my illness,” she said after a little quiet between us. I congratulated her. “But I am not happy about the title. I offered a few words that came to my mind. She considered, pleased. “Light,” she said quietly, “that sounds good, that word must be part of the title.” We chatted for a while about books, writing and literature being a passion that we shared; she had five books on the market. She wanted to give one of her books, signed, to my oldest daughter. I helped her sit up and with a shaky hand, she wrote a dedication. She was obviously very disconcerted by her unstable writing and her failing hand. How something belonging to everyday life and previously easily done was now connected with effort. The slipping away of normality.

I reached to my Bach remedy set that I had with me. I did not want to stay too long and tire her.
“You are not frightened anymore, are you?” I asked. There was definitely a change in outlook since the last time I had seen her three weeks ago.
“No, I took the Mimulus that you left me after your last visit.” I had left her a stock bottle to be used directly when needed along with her mixture.
Gently I said, “and what about your niceness?” She was a Centuary person and we had often spoken about her type remedy in the past.
“I am improving” she said wryly. “Mostly it is about not feeling guilty and accepting the situation.”
“Do you drift away often? Do you sleep a lot?” I asked.
“Yes, and the exhaustion… cancer is so very exhausting.”

I took out the little bottles and explained which remedies I was adding to her beaker.
“Walnut is the remedy for a new phase in life, it helps us adapt and not be influenced by those around us.” I paused to make sure she understood how I meant it. I saw she did.
“Red Chestnut will help you not worry about the children.” I paused again.
“Olive is for the exhaustion, and Pine to help you not feel guilty.” Another short pause.
“Willow we have had in the mixture all along. It helps us accept fate and not feel a victim.
Centaury is your personality remedy, as you know.” I gave her a little wink. She smiled.
“And Clematis is for the drifting away, the sleepiness.”
There was no question of any remedies like Sweet Chestnut, (for great anguish) Gorse (for hopelessness) or Wild Rose (for resignation). Here was a gentle soul whose time had come and was travelling the most difficult journey we all have to take with dignity and calm.

She called for Richard. Caroline wanted to make a donation to the refugee that she knew I was looking after. I showed a her photo of Ayana that I had on my mobile phone and told Caroline briefly about her journey across the Mediterranean with 400 other people, how a woman had given birth on the boat. Ayana had fled from Eritrea. When Richard came into the room, her youngest daughter came in at the same time to give her mother a pill. Caroline said she wanted to donate a bit more because Ayana was pretty.
Tut-tutting, her daughter said, “She gets more money because she is pretty?”
Caroline said, decisively, “no, because she has had a tough time and anyway, she who is dying can say what she wants!” I smiled at Caroline’s quick wit.

The daughter whom I had known for twenty years left the room. I told Caroline and Richard that I was working out of town the following week but I’d ring when I got back. “Bring me some fresh air with you,” she said cheerily, but not very convincingly. The words hung awkwardly between us, as we all knew she might no longer be alive when I returned.
I gave her a hug, said goodbye and left.

Standing outside, I looked up into the pale blue sky, and saw some birds circling up high. I saw the distant mountains of the Black Forest and felt the autumn breeze on my face. I heard some leaves rustle. My very aliveness suddenly felt very uncomfortable.

And as I drove away deep sadness overcame me. 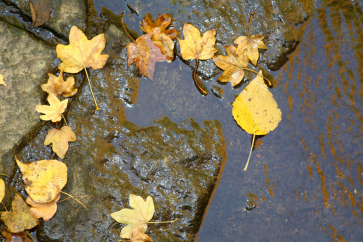 My comments Subscribe
Dawn 5 years 5 months
Thank you for sharing this deep and personal story.

Helen Gordon 5 years 5 months
I'm crying deeply! You are a wonderful woman and of course a BFRP. A great example to us all. Thank you Nicola. Much light and love to you and THE WORK.

Nicola 5 years 5 months
Thank you Helen...all the best for you and your work as a BFRP.

Ali 5 years 5 months
Beautiful and sad post. Thank you so much for sharing xxxx