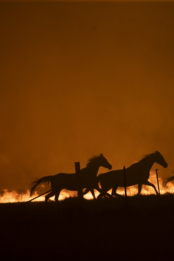 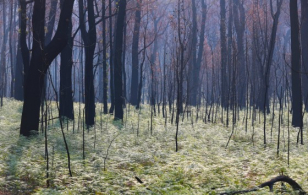 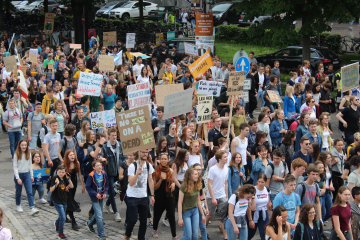 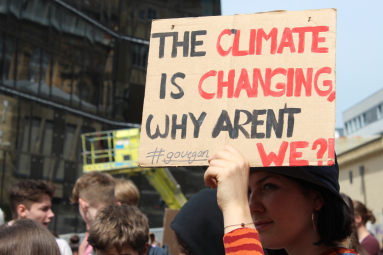 A feast of flowers - a visit to the Bach Centre

It is a glorious June day with clear blue skies and, as I walk up the rather steep steps, I see the little Victorian red brick house perched in front of me. It stands there simply, unobtrusively. Before going into the house, I wander around the garden and sense a strange peace - not that it is quiet though, the sparrows are twittering loudly, the insects buzzing, Nature is vibrant here. The peace is atmospheric, almost like a pleasant weight that can be felt - and it surprises me. I vaguely think while walking around that it might perhaps have something to do with the peace people have within themselves when they visit this garden. 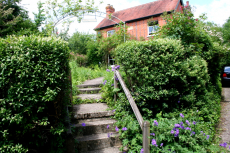 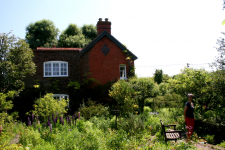 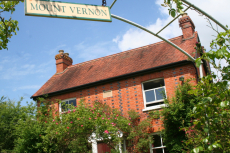 Mt. Vernon was Dr Bach's home for the last two years of his life (1934 - 1936) and the garden is semi-wild. A surprising number of remedy plants grow here and indeed grew here in Dr Bach's days too. Those plants used for his system that do not grow in the garden can be found in the surroundings, apart from olive and vine. Wandering around, I stumble on masses of startlingly beautiful star of Bethlehem - bunches of pure whiteness. Agrimony nestles in one of the front beds and honeysuckle adorns the front porch, flowering lavishly. I am lucky to be visiting in summer, and delicate water violet is tentatively flowering alongside the more robust mimulus in the pond. Sitting down on the bench near the pond, I watch some dragonflies dancing over the water. Later, when I resume my tour around the garden after a short contemplative rest, I spot clematis which is winding itself around anything in reach (and itself) and is blooming profusely. 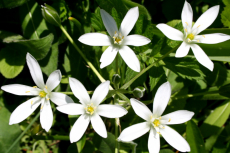 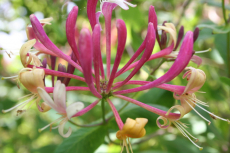 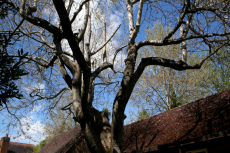 Delicate wild roses are flowering nearby, pink and perfect and are being visited by nectar hungry bees. I see slender heads of the wild oat grass nodding in the breeze. I notice a large gorse bush and rock rose. Both these plants with their bright yellow flowers look strong and healthy and radiate vitality. I am enchanted by the stark blueness of cerato and chicory flowers, their heads swaying gently in the breeze. Impatiens has made a corner its own and probably has to be maintained as it grows so fast, it can suppress other plants. The trees in the garden that I discover include holly, cherry plum and elm. And I notice tiny oak and chestnut trees, probably only in their second year. The acorn and conker must have been buried by a squirrel in some past winter.

The most impressing Bach plant though is the large, stately aspen at the back. Its leaves rustle quietly and continuously - even when the wind is still. I take one more look around, absorbing the atmosphere, the magic and the peace and then take a step indoors into Dr Bach's house. 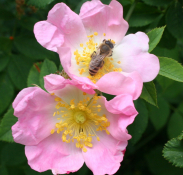 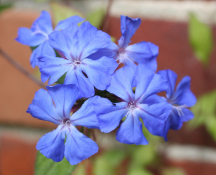 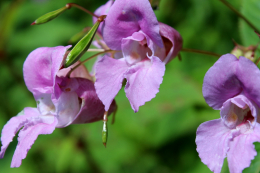 Beautiful photos of all 38 Bach flowers are in my book, One Person's Journey, short Stories about Dr. Bach's flower remedies. Find out more now!